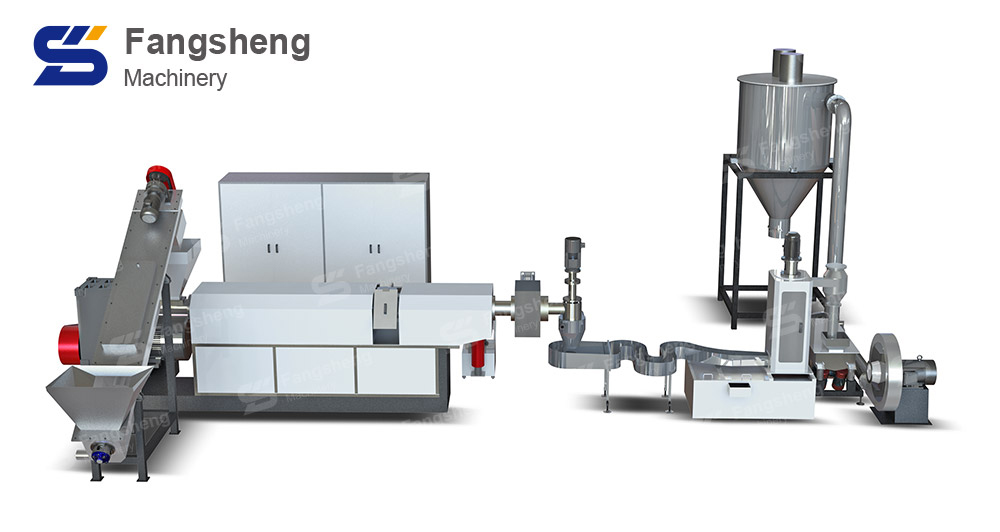 1.Use the process of high temperature melting, plasticization, and extrusion to change the physical properties of the plastic to achieve the plasticization and molding of the plastic.
2.In order to achieve the stability of the temperature in the barrel, a cooling fan is added to the bottom of the barrel in design, and the temperature is automatically controlled when the temperature is too high, which increases the temperature stability of the barrel.
3.After the strips are cooled by the cooling system, they enter the pelletizer for rolling and cutting into pellets, which is convenient for packaging. The CPP film granulating machine is equipped with a rolling feed wheel, which is driven by a motor to automatically transfer the material into the machine body, and the rolling blade inside the machine body cuts it off.
4.The appearance of the CPP film granulating system is beautiful and generous. Color and spray paint can be matched according to customer requirements. 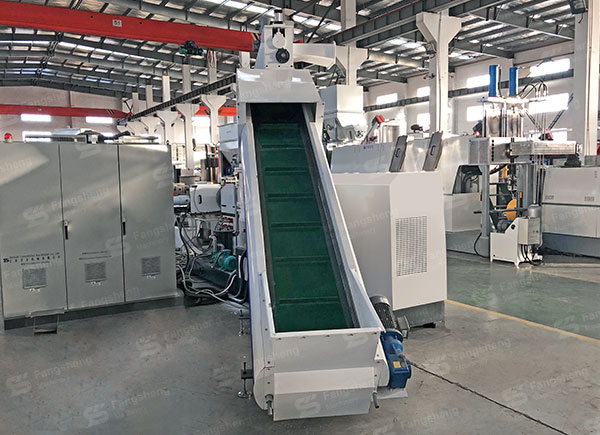 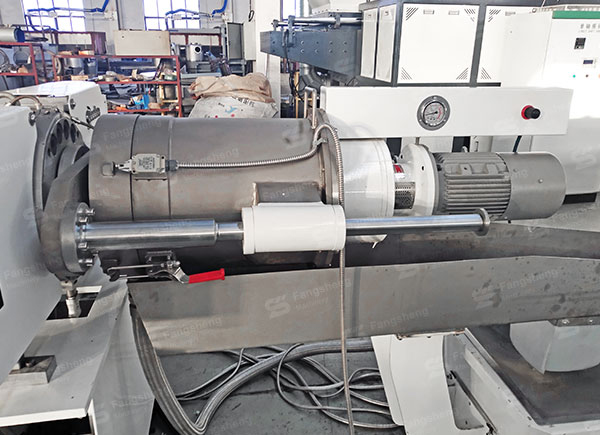 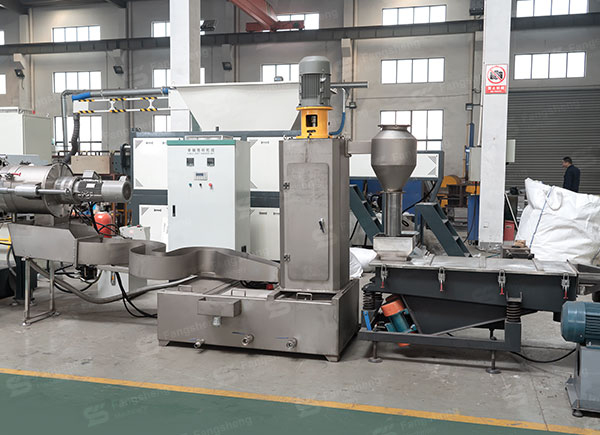