1. The whole CPP film granulation line is continuously improved on the basis of advanced technology at home and abroad, with reasonable design and beautiful appearance, and the parts in contact with materials are made of stainless steel;
2. The CPP film granulation line is directly cut by water ring above the die, either horizontal or vertical water ring. After cooling, the water enters the centrifugal dehydrator, and then is sent to the storage bin by the fan, so there will be no problem of wire breakage;
3. The CPP film granulation line is non-stop hydraulic screen changing device, and there is a pressure sensor on the die head to prompt the screen to be changed. The screen change does not need to be stopped. The screen change speed is fast and convenient.
4. The split automatic power distribution system is adopted to ensure the safe and normal operation of the motor;
5. The process is simple, the operation is convenient, the technology is advanced, and it is suitable for granulating a variety of different waste plastics. 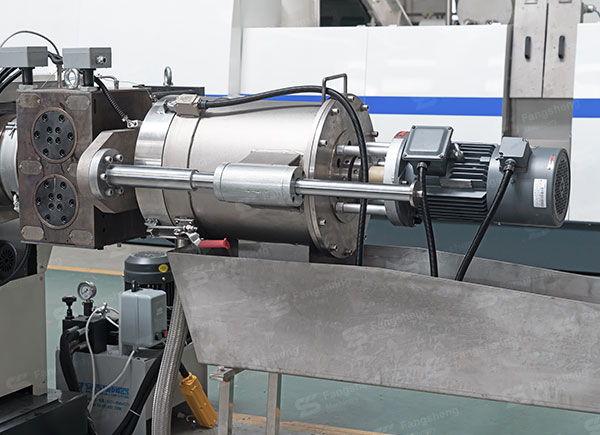 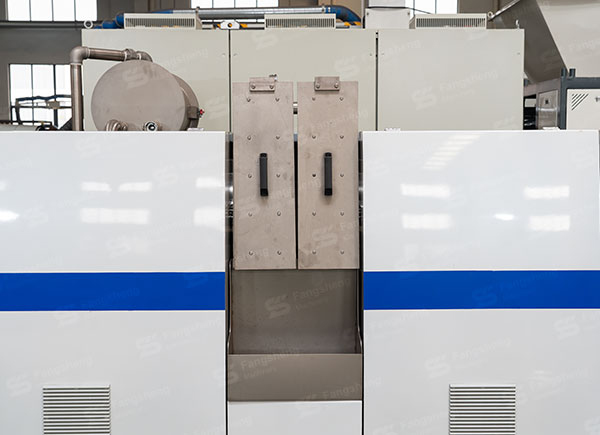