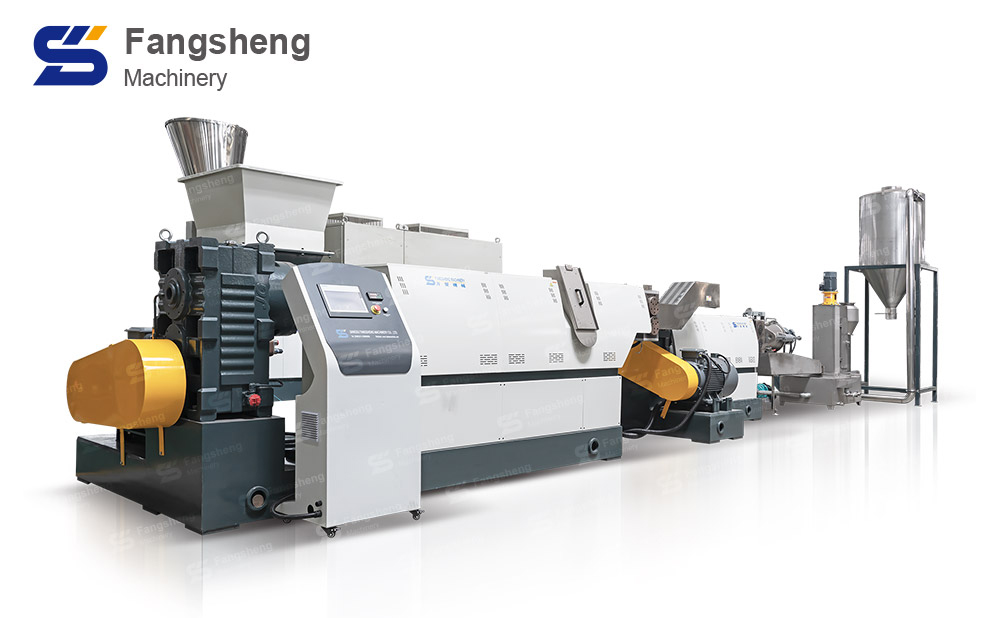 1. The LLDPE film granulating  line is continuously improved on the basis of advanced technology at home and abroad, with reasonable design and beautiful appearance, and the parts in contact with materials are made of stainless steel;
2. There is a drainage port and a vacuum pump on the barrel of the granulation line to drain and exhaust to ensure the quality of the particles;
3. Efficient forced feeding ensures high feeding and low energy consumption.
4. Pelletizing system: Both strips and water ring are available. If the extrusion die uses water ring cutting, the perfect appearance of the particles can be ensured. 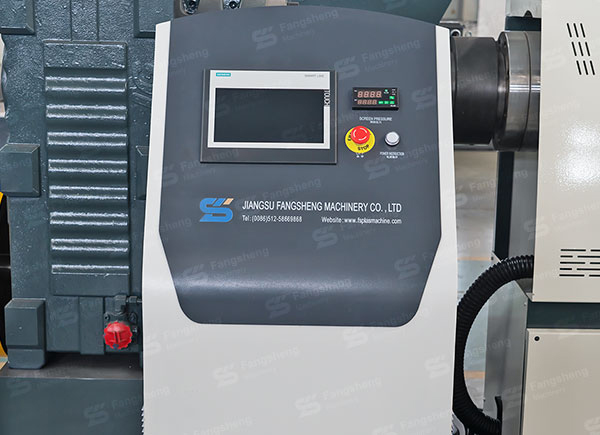 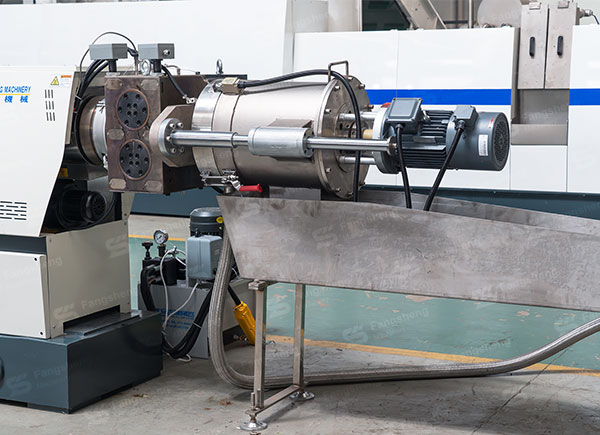 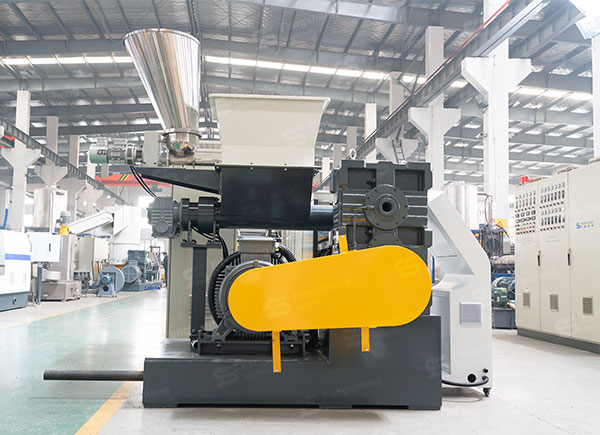 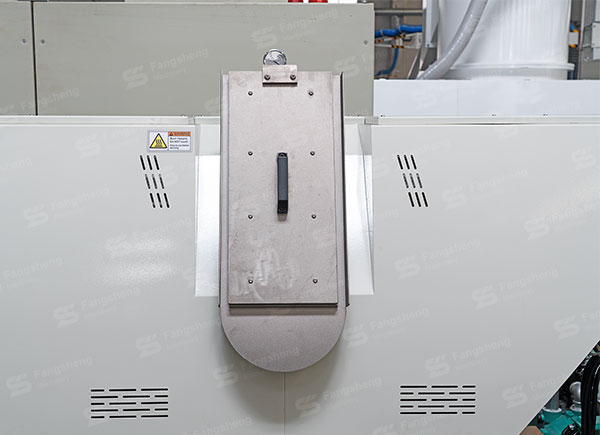 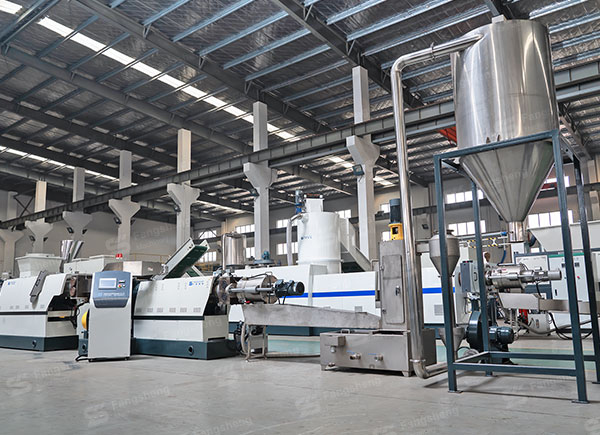