The waste film granulator is equipped with a cutter head and a fixed knife on the inner wall to cut the broken film, and generates heat under high-speed cutting friction to cause the material to shrink by heat, increase the bulk density and increase the feed rate. The material after heat shrinkage is loaded through the inner wall. The set deflector is thrown into the screw of the main engine. 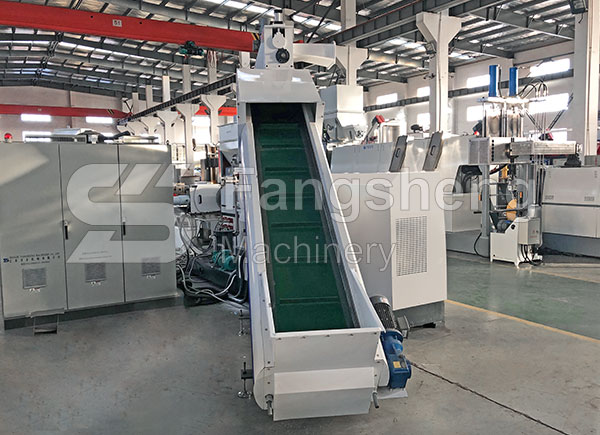 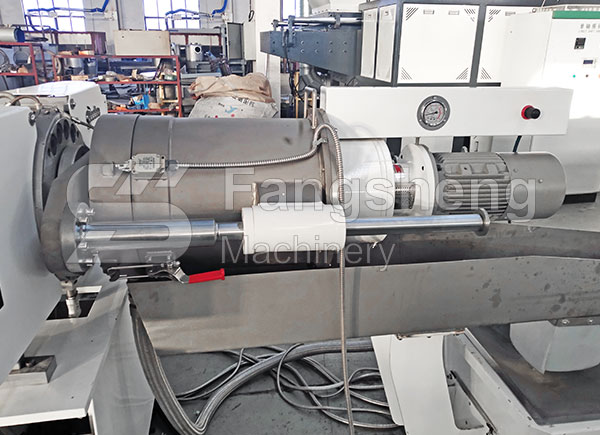 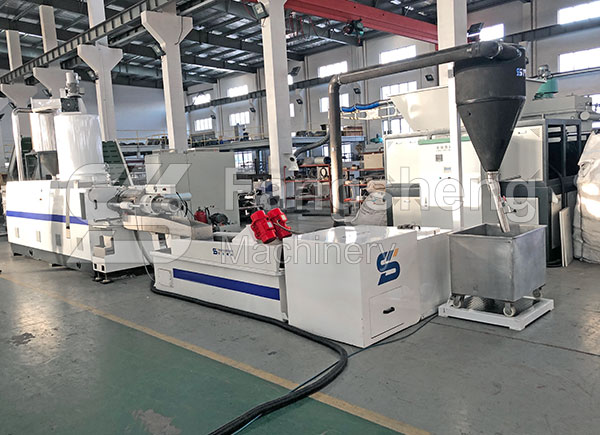